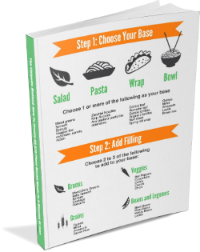 Feel like you live in the kitchen? Get our FREE Chipotle Method PDF, Recipe Sampler, and Email Course and learn how to make quick, easy meals that are delicious and satisfying. 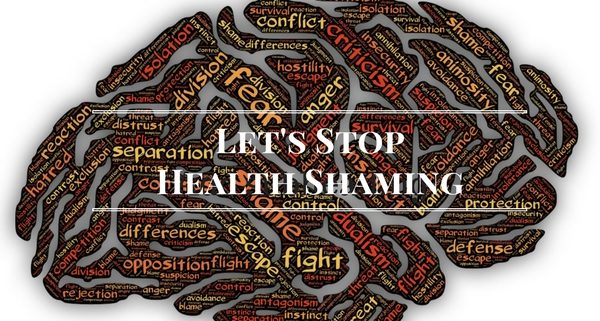 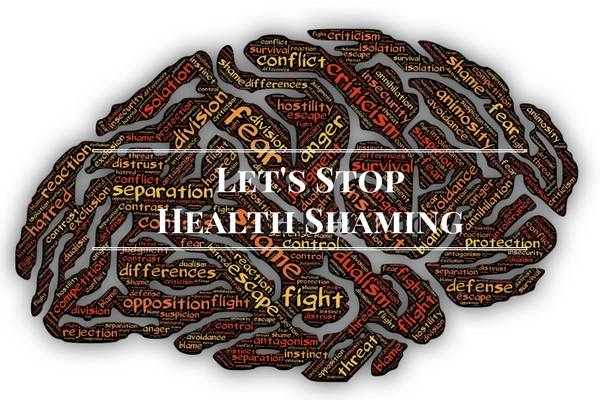 Over time, I’ve become better and better at navigating social situations while making food choices that align with my values. I get better at the dance of going out to eat with friends, going to parties, and traveling while enjoying myself without falling off track or feeling like an outsider.

But last week I was at a conference in Baltimore for my work as a web developer, and the food issue was especially challenging. Take a look at this group text from last week as our team was deciding where to eat. 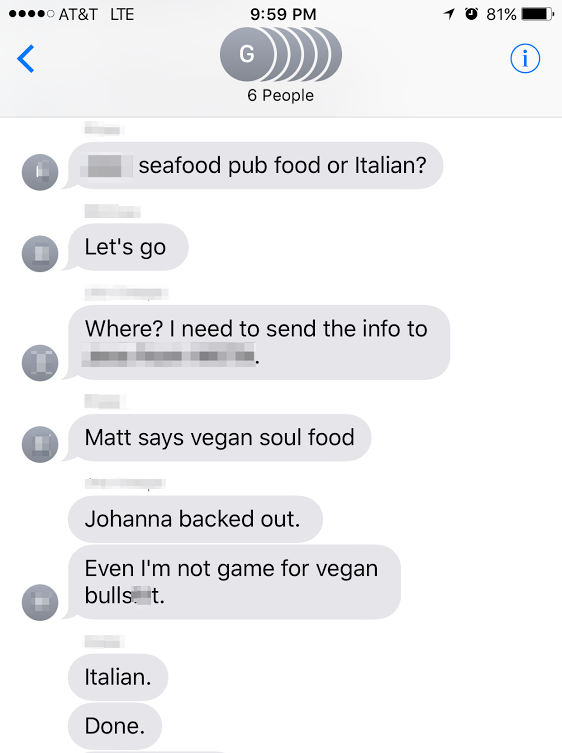 But still, it’s a good representation of the kind of social pressures that many of us have to deal with on a nearly constant basis.

The more I look, the more I see this kind of health shaming everywhere

And it’s not just limited to conversations between friends and family. Blatant examples of health shaming can be found in the media and in pop culture at large.

As an example, take a look at this article about a new juicer that has been making headlines recently, entitled,“As Juicero gets publicly shamed, let us not forget that juice itself is a lie.”

This quote, taken from the article, is especially troubling:

“Juice is one of the pillars of the modern wellness movement, right up there with yoga, healing crystals, Korean sheet masks, and whatever else Goop is hawking this week. And wellness is the ultimate 21st-century status symbol. Forget about designer labels and expensive vacations. There’s nothing more difficult to attain, or more enviable, than a natural glow from within. To that point, whether we’re forking over $400 for a Silicon Valley-approved juicer or $10 for a local shop’s kale-ginger-cucumber-apple blend, we’re not just paying for puréed produce. We’re buying into a vision of ourselves at our radiant, virtuous, energized best. Buying cold-pressed juice has always been a way to signal to ourselves, and the world, that we’re enlightened enough to prioritize our health—and financially secure enough to invest in it.”

There is no doubt that wellness services and products are largely available only to those of a certain socio-economic class. We need to do more to make healthful food available and affordable to everyone.

And as wellness has become trendier, it HAS become a certain kind of status symbol. But frankly, I find it seriously awesome that people may be more interested in buying organic produce, taking a yoga or meditation class, or sipping a green juice instead of buying hummers and huge houses.

TV shows love to make fun of plant-based eaters and talk about how gross raw food is. Journalists love to publish stories about how there isn’t any evidence to support claims made about the benefits of supplements and detoxification.

I’m not saying that we should ignore the science. It is true that certain supplements can do more harm than good. We need to do our due diligence by consulting with qualified medical professionals and pay close attention to the data being released by independent quality-control companies like Labdoor that test supplements for their safety and purity.

There may not be many scientific studies that show how certain foods aid in the detoxification process, but I’ve personally been witness to some incredible health transformations over the years. When I worked at the Tree of Life, many of the guests arriving with Type 2 diabetes were off all medication and had a normal fasting blood sugar level by the time they left – and that was after just three weeks on a plant-based, low-glycemic diet.

I don’t know if they were “detoxing” or not, but I can tell you that they made life-changing improvements to their health and well-being.

I’ve been doing a lot of outreach for our new, big project lately, fueled by some truly shocking facts.

According to the CDC, 7 out of 10 people in the US die from chronic diseases that are largely preventable.1

1 out of 4 people continue to die from heart disease.2 As many as 1 in 3 adults could have diabetes by 2050 if current trends continue.3 More than 2 out of 3 Americans are considered overweight or obese.4 These chronic conditions are epidemic.

Yet we already have a solution to this crisis.

Through diet and lifestyle changes alone, we can reduce heart disease by 90%5,6, type 2 diabetes by 92%7, stroke by 80%8 and cancer risk by up to 60%9. In 2013, Kaiser Permanente, the largest managed care organization in the United States, noted that despite the strong body of evidence in support of a plant-based diet as a first-line treatment for chronic disease, physicians often ignore the facts in favor of quickly prescribing medications. The medical community is not giving patients a chance to manage their disease through healthy eating and active living.10

The hard truth is that so many of our loved-ones will experience a significant decline in their quality of life and eventually die, in part, because of what they choose to eat.

As Americans, we pay more for health care than other nations and yet as much as 86% of our healthcare costs could be avoided through simple changes in diet and lifestyle.1

And for that reason, I’m super-grateful for the fact that people have discovered juicing and yoga, even if it has become a trendy status symbol. I don’t give a damn what’s motivating people to eat more veggies, when just 2.5 servings per day can reduce early mortality by over 13%.11

The Real Cost of Health Shaming

The Standard American Diet is literally killing us, has a huge environmental impact and costs us over a trillion dollars each year in medical bills. It’s making the people that we love sick.

This is too important for me to not speak up. This isn’t a trend. This is a movement that must grow, because we have no other option than to radically change our current food culture if we want to live happy, healthy lives and do better for our planet.

So how about we stop shaming people who choose to buy $10 juices, and instead focus on making real, organic, plant-based food more available to everyone, regardless of their socio-economic status.

Let’s stop making fun of people who are gluten-free, vegan, vegetarian, paleo or whatever else they are because they choose to take on the difficult task of standing in opposition to the cultural norm in order to create better health for themselves and their families.

Let’s stop fighting about what diet is best, and celebrate each and every small victory that moves people towards eating more veggies and less processed food.

We need to shift the cultural conversation and stop alienating those of us who have the courage to make personal changes in a society that continues to marginalize and shame them. You might feel like an outsider in your community, but our movement is growing. Our strength and numbers are growing. We are in this together, and the more that we create acceptance, the more the tides will turn.

We will never sell your information or spam you, ever.

Matt Jager is a wellness activist, yogi and co-founder of True Wellth. His life mission is to transform the healthcare and food system in this country, so that every single person has access to the tools and support they need to look and feel their best, control their health, own their happiness and revolutionize their well-being. 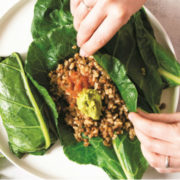 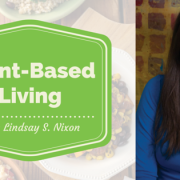 How To Succeed On A Plant-Based Diet: Lindsay S. Nixon of Happy Herbivore Shares Her Best Tips… 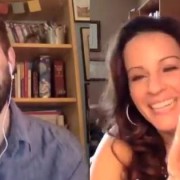 What Is The Magic Behind the Mediterranean Diet's Success? (Plus A Book Giveaway) 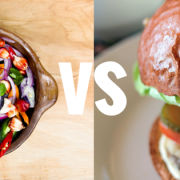 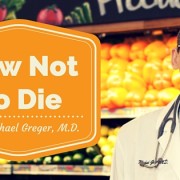 How Not To Die: How Simple Lifestyle Changes Can Eliminate Our Deadliest Diseases with Michael Greger, M.D. 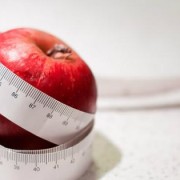 Why Can't I Lose Weight?

Hi! I'm Matt and I'm here to help you look and feel amazing, take charge of your health, own your happiness and live your best life. Learn more 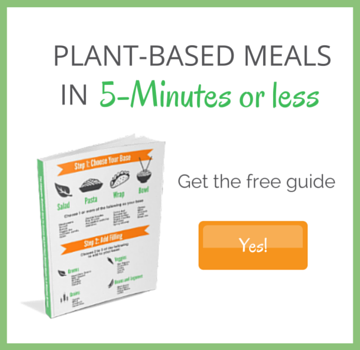 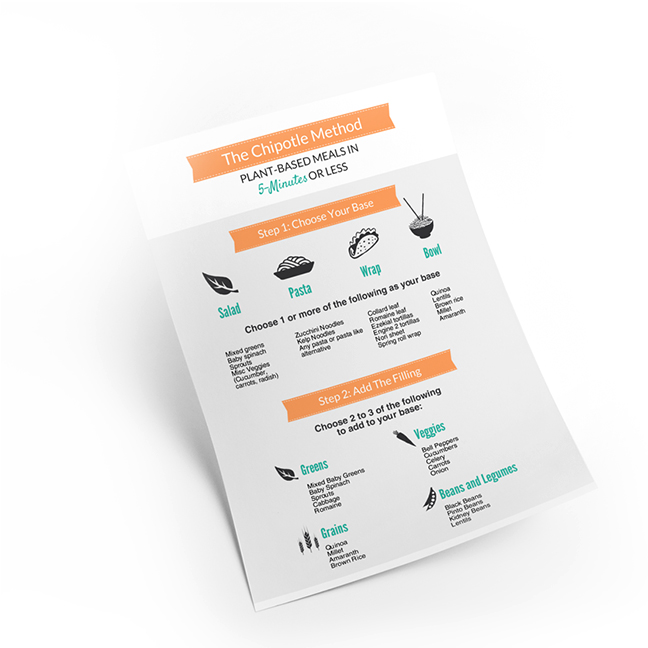 Get Your Free Guide?
Hearty, delicious, plant-based meals you can make in 5-minutes or less!

"Thank you for the printout on the Chipotle
Method. I love it!!  - Kathy